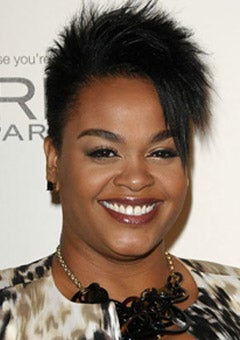 It’s almost time for Jill Scott to rock the ESSENCE Music Festival stage and release her new album “The Light of the Sun”! To tide ourselves over until the forthcoming album hits shelves, ESSENCE.com is reflecting on our trip to see the Philadelphia native in concert last year. In 2010, the mother of one opened for Maxwell in Oakland, California and in between her festive costume changes, Ms. Scott gave the audience a few early peaks at her newest baby.

“This is for everyone that loved someone and messed it up,” she said of the first “Light of the Sun” song. “There ain’t nothing you can say, you’re just stuck, so I wrote this. It didn’t help me, but maybe it’ll help someone else.”

With that, she burst into her song whose chorus repeated “Love You” as Jill tried to convince her significant other to stay over light drums and equally light running piano chords. “I was a sucka, I love you I know you could see it,” she sang. The second “Light of the Sun” track, titled “Hear My Call,” was inspired by a “dark time” the singer said and nearly brought the audience to tears with its acoustic composition, featuring only a piano, and searing lyrics written directly to a higher power.

“I am so unsure of my perception, what I thought I knew I don’t seem to, where’s the turn so I can get back,” she sang. “Love has turned me cold, I need your healing, please.”

Fast forward to 2011 and we love Jill’s new single “Shame” touting a video featuring Eve, who appears on the song. Are you ready to see Jilly from Philly at the ESSENCE Music Festival?