Comedienne Nicole Byer got a sweet deal hosting Nailed It! on Netflix, a show where notoriously bad cooks try to recreate something edible for a chance at $10,000. And the seriously funny gal knows that her hosting this show hasn’t come easy — especially in a a place like Hollywood that doesn’t always value women like Nicole.

“When I see a friend go out for a part, and I’m like [to my agent], ‘Can I go out for it?’ And they’re like, ‘I don’t know if they’re considering people who look like you.’ Then I have to sell myself, like I want to go out for this!” Byer told ESSENCE recently, noting that she doesn’t just want to audition for roles that call for the big funny friend. 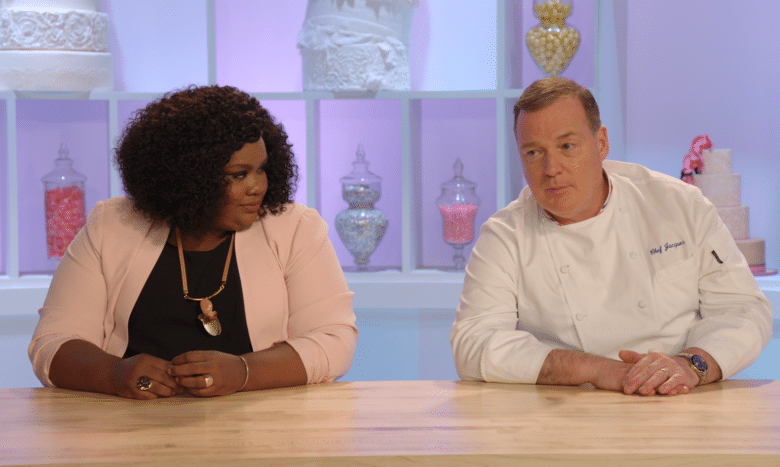 “I am an archetype. There’s the fat, sassy Black friend, you know? That’s an archetype that exists, but that’s not truly me,” Byer continued. “What I needed to do was carve our parts for me, roles for me that weren’t just the sidekick, where I got to be the lead because that’s breaking through.”

And speaking of breaking through, the 32-year-old comedian has certainly done so as the host of Nailed It! It’s on this show that we get to see Byer be herself — a bubbly and hilarious burst of energy.

The show is addicting to say that least. You’re basically watching at-home bakers attempt to make depth-defying confections, all while being laughed at by Byer for their lack of skills. It’s good TV!

Get to know a little more about what makes Byer tick and why she compares herself to Garfield — yes, the orange cartoon cat — in the video above.