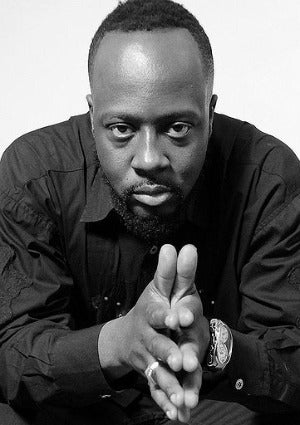 This has been one helluva year for Wyclef Jean. In January, his homeland of Haiti suffered a devastating earthquake, forcing the singer/songwriter into high gear. His non-governmental organization, Yele, raised over $1 million to help those left homeless by the quake. But that wasn’t enough. In August, Jean decided to run for President of Haiti and was soon forced to bow out of the race for logistical reasons. Then, exhaustion and fatigue hit, landing him in the hospital. Despite all of that, the Grammy-winning singer is back with an EP, “If I Were President: My Haitian Experience.” Here’s what he had to say about running for president, his new music and Lauryn Hill’s return to music.   ESSENCE.com: Your new EP is titled “If I Were President: My Haitian Experience.” What has your experience been like? WYCLEF JEAN: Think of the EP as the beginning of the book. After I got ousted from the elections — which I purely thought was illegal — I contested the courts. When I returned to New York, I saw a play call “Fela” [about Nigerian musician Fela Kuti]. He’s one of the artists I love, because he studied jazz and art in London then went back to Nigeria and saw everything they were doing in his country. He even ran for President and they killed his mom in the process. I felt like, after what I’ve been through, I have to use my music as a weapon. The weapon don’t mean an angry weapon, it means a feel-good weapon. So this EP will give you a narration of what I’ve been going through this past couple of months and what’s to come. The first single is a record with me and Estelle called “Forever.” The record is about love. The whole EP is about love, hate, war, peace, passion, lust… that’s my Haitian experience. ESSENCE.com: After going through such a big ordeal, do you still want to be President? JEAN: The thing about me is, I never give up. From the hood to the projects to the mansions, there is no excuse. If a man punches you, are you going to just lie on the floor and wait for him to walk away or are you going to get up and fight? If you punch me and I fall on the floor I’m going to get up and continue to fight. My fight is not for myself, it’s for my people. ESSENCE.com: What do you think of the criticism you received for allegedly misusing Yele funds? JEAN: Look at how they were accusing us. Go on the Internet right now and look at the people that have raised $250 million dollars — see what they did with that money. Then go on Yele.org and see the transparency of what we did with our money. We raised the first million dollars, but it was kind of like, “Who’s this kid, where is he from, where is all this power coming from?” I don’t have a foundation, I have a non-governmental organization. I said ‘we aren’t going to be a puppet for anyone.’ This is America, and if you guilty they bring you to court. And people like us, they make examples of us. The governance can be tested but our honesty can’t be tested. ESSENCE.com: In September you entered a hospital for stress and fatigue. What happened? JEAN: I go hard and I been going hard since I was 14 years old. I think it started after the earthquake. Going to Haiti and picking up dead bodies and coming back to the States. Sometimes you think you’re superman, but that affects you. You pick up children on the floor, you bring them to the morgue… I really think when I came back, I really should have taken the time out to rest. I probably should have seen a psychiatrist and downloaded the information. But I didn’t do that, I got stress fatigue. After that I picked up my guitar and I was good and ready to go. ESSENCE.com: What do you think of Lauryn Hill’s comeback? JEAN: The thing about me is I’m not a follower. I’m like the truth when it comes to the music thing. Lauryn is still the best female artist to come out of our generation. She came out with the versatility of doing it all. To have one individual in our generation that can do both (rap and sing) is incredible. I seen a bit of her at Rock the Bells. It was good to see her hugging people and shaking hands. I said ‘This looks like its going to be the real comeback.’ She’s one of the greatest artists of our time. “If I Were President: My Haitian Experience” is available on iTunes.