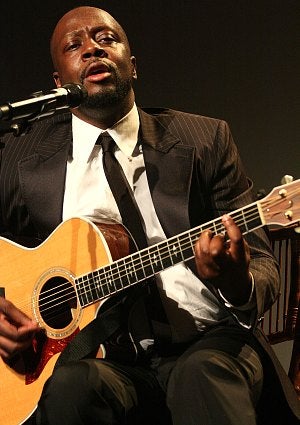 It’s on to the next one for Wyclef Jean. A month after being told he didn’t qualify to run for President of his native Haiti, Jean, aka “The Preacher’s Son” has decided to bow out of the race. “After weeks of quiet but painstaking reflection with my wife and daughter, I have chosen to end my bid for the presidency of Haiti,” he said in a statement. “This was not an easy conclusion to reach; but it is one that was thoughtfully made…” In the meantime, the original hip-hop’s guitar-strumming emcee is putting his experience on wax and plans to release an album next year called “If I Were President: The Haitian Experience.” He says, “Some battles are best fought off the field, and that is where we take this now.” Clef’s presidential bid was mired in controversy, beginning with the fact that he had not lived in Haiti for the required five years. Election officials later disqualified him. If the title of his album is any indication, that’s certainly not the last we’ll hear of the story.