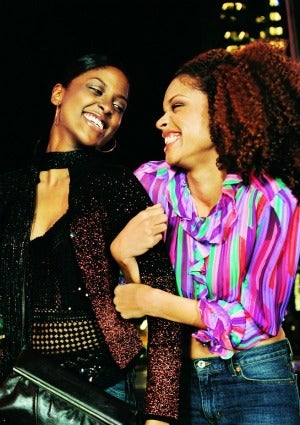 Destiny’s Child may have been on to something when they penned the ladies anthem “Independent Woman.” According to a new survey, women are seeking more independence within their relationships and more men want to settle down and have kids than women.

Seventy-seven percent of the women surveyed — across various age groups — said that personal space is “very important” to them, compared to 58 percent of men. Seventy-eight percent of women also placed importance on having their own interests and hobbies and 35 percent say they need a regular girls’ night out away from their men.

These days, men fall in love faster and are even more likely than women to want kids. Fifty four percent of men admitted to feeling love at first sight and 24 percent of single men under 18 said they want children (vs. 15 percent of women).

It may seem like a total gender switch, but we’d like to think that now that we’re living on a fairly level playing field, men and women are finally meeting each other in the middle when it comes to what we desire from our relationships.