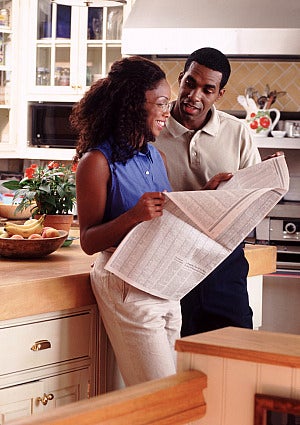 With men getting the brunt of the Great Recession, it’s not inconceivable that a lot of women are earning more money than their husbands these days. CNN Money reported that nearly 25 percent of men have wives who make more money than they do, compared to 4 percent in 1970, according to a report created by the Pew Research Center. Aside from lay-offs the increase in female breadwinners can be attributed to the decline in marriage rates and varying income-inflation rates for men and women. As women continue to earn more, the reality of a gender-identity swap doesn’t seem so far fetched. More and more women may have to start re-evaluating their roles as wives and mothers. How will this affect us? Will we take on more masculine characteristics, fashions, etc. Will we still expect our guys to pay for the first date? Will we stop wanting to get pretty before meeting them on a Saturday night? Here are some more stats that point to the continuation of this trend in increased earnings for women