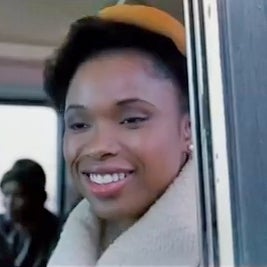 South African activist Winnie Mandela isn’t as thrilled as Jennifer Hudson about an upcoming biopic of her life. The ex-wife of former South African president Nelson Mandela is threatening legal action against the film’s producer if she isn’t allowed to see the script. Her attorneys fear “Winnie,” the name of the upcoming film, will be a “character assassination” of Mrs. Mandela. Producers have so far refused Mandela and her lawyers’ requests, and will begin shooting at the end of the month. “It’s not for Winnie Mandela, it’s about Winnie Mandela,” said director Darrell Roodt. What do you think? Should Mrs. Mandela have any say on the film?