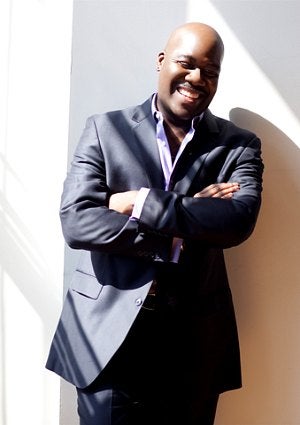 Forget the drama on your favorite soap opera. On his 15th album, “Lust, Love & Lies: An Audio Novel,” jazz and R&B singer Will Downing chronicles a roller coaster relationship from start to finish, and the emotional highs and lows in between. Downing spoke with ESSENCE.com about rocky relationships and his brand of baby-making music. ESSENCE.com: That’s quite a title you have for this album. What’s it about? WILL DOWNING: It’s a project that chronicles a relationship from the moment two people meet (in a club scenario), to the end of the relationship. When they meet, that’s the lust part of it, then they get to know each other more and it grows from lust to love. Then something happens along the way — some lies are told — and that takes the relationship off the rails. That’s where the story really begins. ESSENCE.com: Every song on the album is connected to this story. It’s good to listen to an album with a theme. DOWNING: I didn’t want to hear someone say it’s another Will Downing album. I wanted to push the boundaries to challenge myself a little and do something different musically. ESSENCE.com: How did you push the boundaries? DOWNING: I’ve never done vignettes between songs or anything like that. There’s also a little bit of my life story in there. Just the mere fact that I didn’t make it a generic song after song project made me feel good. ESSENCE.com: Was any of this album biographical? DOWNING: Some of it, yes, absolutely. I think anyone of a certain age has been through this type of scenario, maybe not specifically, but it’s certainly a “boy meets girl, boy falls in love with girl, boy loses girl, boy wants girl back” type of story. [laughs] It’s simple. ESSENCE.com: So how do you feel about people calling your work baby making-music? DOWNING: I hear that more time in a day than I can count. And I guess my music is that because its basically adult music. To be honest I don’t know how to categorize my music, but if people want to call it baby-making music, then I say go on and practice on it. Will Downing’s album “Lust, Love & Lies: An Audio Novel” is available on Amazon.com