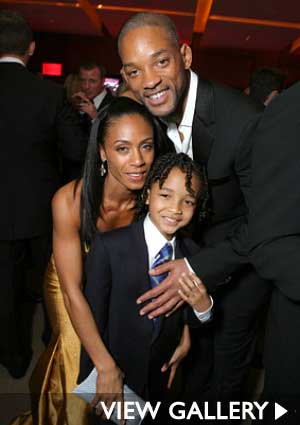 It’s enough to make any parent proud. Proving he’s got what it takes to make it in Hollywood, 11-year-old Jaden Smith, son of Will and Jada Pinkett-Smith, has been chosen as the new “Karate Kid.”

Jaden will be working opposite martial arts superstar, Jackie Chan, in a remake of the 1984 classic, “The Karate Kid.” Jaden told People.com he trained every day for four months to prep for the role. “We did a lot of stretching,” he said. “He is professional as many adult actors who have been in the business for years,” Chan said of Jaden.

Even his famous parents noticed the difference martial arts training had on Jaden’s behavior. “His dad told me that Jaden had changed,” Chan continued. “When he takes his shoes off, he doesn’t throw them in the corner, but puts them away neatly!”