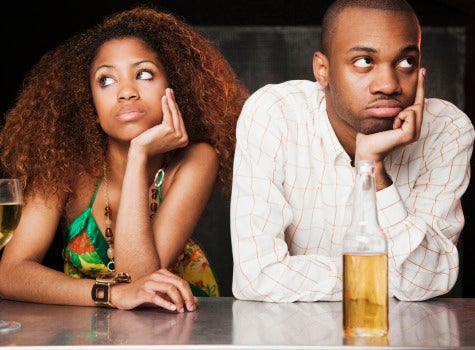 Frustrated with your man’s commitment phobia or tired of competing with his PlayStation for attention? Cosmopolitan.com posted some ways to know it’s time to goodbye to that zero and get with a hero in “10 Signs You Should Dump Him By New Year’s.” We’ve taken some of our favorite signs to share with you. If your guy suffers from these traits, think about starting 2010 off right by letting go of the wrong guy.


“When you ask to speak to him about moving in, he schedules the talk for June.

His friends call him by the nickname of Cheaty McGee.

He loves to touch you and kiss you and will do so just as soon as he powers up and finishes killing these level-four zombies. Die, video zombies, die!

His ring tone is “Baby Got Back.”

He’s already written a scathing tell-all memoir of your relationship — and you’ve only been dating for two months.

The big spender usually splurges and buys you awesome gifts, so it’d be a real shame to dump him before Christmas.”