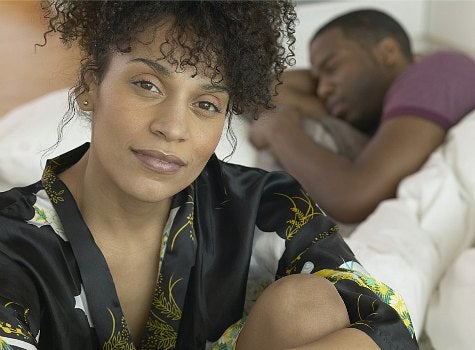 R. Kelly probably sang it best: “When a woman’s fed up, there ain’t nothing you can do it about it.” When a woman’s ready to throw in the towel and step out on her relationship, her behavior will will often give it away. Watch close enough and you’ll see the signs, says Good in Bed columnist, Dr. Ian Kramer. What gives a woman away? She shows less interest in her man’s comings and goings; she gets dolled up for work, but couldn’t care less whether he finds her attractive; she shows less interest in sex with him, and she’s spending more time at work are just a few of the clues Dr. Kramer cites. When it comes to infidelity, we all know the fairer sex is no less guilty. But a woman’s reasons for stepping out differ from a man’s — she’s looking for an emotional connection, he’s (most likely) looking for sex. “At the point of physically cheating with another man, [a woman] has often emotionally vacated her primary relationship,” writes Dr. Kramer, who also warns all men who think their wives would never cheat to think again. “A woman who cheats is often a woman who doesn’t want to work it out. She’s already invested time trying to work it out, and she’s done. It’s too late.”