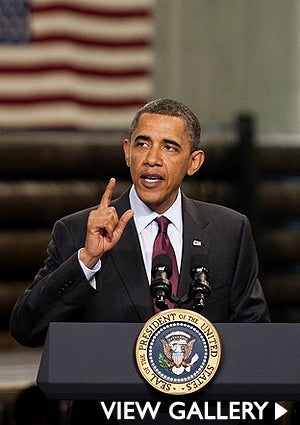 I was heartbroken by the story of a couple in Malawi –Tiwonge Chimbalanga, 33, and Steven Monjeza, 26 — sentenced on Thursday to 14 years in prison, with hard labor, for being openly gay. The men, who were convicted of unnatural acts and gross indecency, had publicly celebrated their relationship with an engagement party in December. The sentence has been condemned by global human rights groups — and the United States government. In a statement by White House Press Secretary Robert Gibbs, he wrote: “The United States strongly condemns the conviction and harsh sentencing of Steven Monjeza and Tiwonge Chimbalanga in Malawi. The criminalization of sexual orientation and gender identity is unconscionable, and this case mars the human rights record of Malawi. We urge Malawi and all countries to stop using sexual orientation or gender identity as the basis for arrest, detention, or execution.” The White House’s response seems to be ringing hollow for some in the gay community, with the federal government failing to recognize same-sex marriage and Don’t Ask, Don’t Tell still on the books. On the other hand, there may be value in the power of words to make a difference. What do you think? For more of Cynthia Gordy‘s Obama Watch stories, click here.