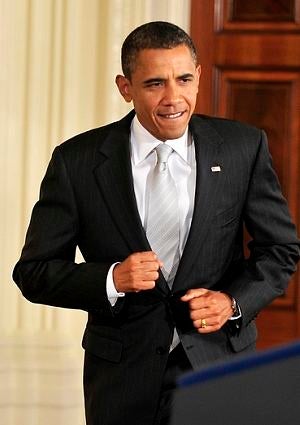 It’s been some 30 years since the first cases of AIDS were diagnosed in the United States. Twenty years have gone by since the passage of the Ryan White Care Act, the largest federal program for people living with the disease. But since then–despite 1.1 million people living with HIV in this country, and the fact that AIDS is the number one killer of African-American women 25 and 34 — federal action on the epidemic had effectively flatlined. Until now. On Tuesday, the White House announced the first comprehensive domestic strategy against AIDS. “At this important marker in our history, we think it is imperative to refocus our attention on the issue of HIV and AIDS,” said Melody Barnes, director of the White House Domestic Policy Council, “And what we have to do in the us to address this issue appropriately.” The plan has three primary goals: reduce new HIV infections by 25 percent within five years, increase access to care, and reduce HIV-related health disparities. Although $30 million from the new healthcare reform law will go toward these goals, the biggest funding push will come from redirecting the $19 billion already spent annually on domestic AIDS, to the communities most vulnerable to infection, such as African-Americans and Latinos. But will this be enough? ESSENCE.com spoke with Andy Izquierdo, a spokesman with the National Minority AIDS Council, about the significance of the National HIV/AIDS Strategy, why it’s already being called into question, and what everyone has to do to create a bigger change. ESSENCE.com: Put this strategy into context — how big of a deal is this, really? ANDY IZQUIERDO: We think it’s a historic move by President Obama. It really is the first time we’ve seen a national strategy to deal with the HIV/AIDS epidemic. It’s a recognition from the White House that HIV/AIDS is still a problem, it’s an increasing problem in communities of color, and it’s something that needs to be dealt with from a national perspective, involving federal agencies, Capitol Hill, and community-based organizations. From that standpoint, it’s a huge moment for this movement. Now the attention shifts to a discussion around resources. We think there are some fantastic ideas here, but in order for this to be a strategy rather than just a plan, we have to talk about implementation. Where’s the funding going to come from? What are the resources that are going to be allocated to implement this plan? ESSENCE.com: Well, it seems like the main idea is to redirect existing resources to populations at the greatest risk. Since HIV/AIDS funding is already lacking, will that work? IZQUIERDO: A couple of days ago, the Department of Health and Human Services made the announcement that they were reallocating $25 million to deal with funding crisis for the AIDS Drug Assistance Program, which is for people who are on waiting lists to receive HIV/AIDS medicine. [Editor’s Note: Advocates have called for $126 million in additional funding for the 2,100 low-income Americans with AIDS on the waiting lists.] We all agree $25 million only scratches the surface, and doesn’t put these lifesaving medicines in the hands of people who really need them. I would offer up the same sort of analysis for this — we need additional resources. We’re talking about new money and not just reallocation. It’s going to come down to how this strategy is implemented on the agency front, and how the administration tackles this. ESSENCE.com: Jeff Crowley, director of the White House Office of National AIDS Policy, says the strategy is not meant to be a comprehensive list of everything that needs to be done–it’s more of a roadmap for concise, specific targets. What are steps that must be taken to fill in the gaps not addressed by the strategy? IZQUIERDO: HIV/AIDS has really fallen off the radar screen in terms of its importance and prominence as a public health emergency. A lot of people don’t know that this is still a problem because we’re not hearing about it. This used to be something that was on the front page of the newspaper all the time. Now people see that medicines are available and people are living longer, so they don’t see it as a problem. So it’s incumbent upon HIV/AIDS groups, both nationally and at the community level, to get this back on the radar screen. Because when you talk about it, and get communities talking about it, you get policymakers talking about it. And that’s where you see the movement of the needle in the right direction.