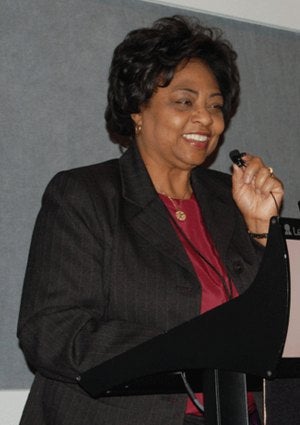 NAACP leaders apologized for condemning statements made by former USDA head Shirley Sherrod, saying that that they were “snookered by FOX News” into believing that Sherrod’s comments were racist. Sherrod was forced to resign from her post. We asked our Facebook friends if they thought she was treated unfairly. Here’s what you had to say: Louasia: “Everyone has an agenda and she was just a pawn in the game. I hope she gets compensated for misrepresentation of her character.” Latresa: “They didn’t have the full story and rushed to judgment. It cost this lady her job and reputation. Look before you leap.” Marlene: “The media likes to twist things around to cause trouble. They need the ratings.” Kimberly: “…I almost got the impression that she knew it was a witch hunt, but, instead of playing the victim, she chose to step down with class. Anita: “Of course she was treated unfairly! They jumped the gun on this one.” Stephanie: “The issue is that there are people who are determined to bring others down. …The guy that posted [the video] really believes that she is a racist.” Mignon: “I was highly upset with the way they treated her and how quickly she was fired. …They owe her an apology — I mean a straight, serious apology.” Jill: “Yes she was treated unfairly. They rushed to judgment in order to appease the wrong people.” Kimberly: “They basically used her as a scapegoat in the NAACP war against the Tea Party.”