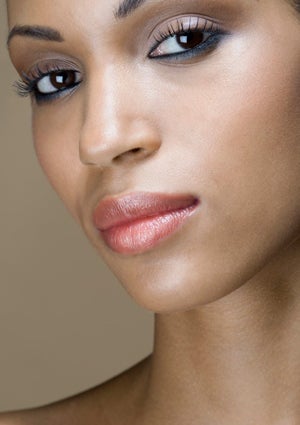 What a difference five years can make. Or can it? Last week, Barack Obama unveiled the U.S.’s first National HIV/AIDS Strategy, which plans to significantly lessen the impact of the epidemic in America by 2015. And they’re not vague about what success would look like when it comes to a disease that’s the number one killer of Black women 25 to 34. In just five years time, the strategy plans to: reduce the annual number of new HIV infections by 25% from 56,300 to 42,225. Another goal: Decrease the number of people living with HIV who don’t know it from 21 percent to 10 percent. A third: Increase the proportion of newly diagnosed patients linked to clinical care within three months of their diagnosis from 65% to 85%. And that’s not even half of all the goals that have been set. On Sunday, at the 2010 International AIDS Conference in Vienna, several key leaders in the HIV/AIDS community gathered to discuss the national strategy. “This is a bit of a poker game and the feds have anted up,” noted Dawn Averitt Bridge, founder of The Well Project, (www.thewellproject.org) a not for profit corporation which educates and supports HIV+ women and their caregivers. In the past, the government has received significant criticism for not putting forth a plan to combat a disease epidemic that infects 1.1 million Americans. “But this is the first win in a series of challenges we have before us. There’s a real opportunity for us to expand and see things happen in a way they haven’t before,” she added. The White House was clear that this isn’t just a federal government initiative. It’s going to take efforts from local governments and communities. And, let’s be honest, you. What can you personally do to make the five-year-goal a reality? “Demand that your congressmenbers hold up this strategy,” suggests congressswoman Barbara Lee (D-CA) who has attended the last six international HIV/AIDS Conference, including this one in Vienna. “Hold them accountable at the ballot box. ” “We need to take advantage of opportunities to educate and inform Black women,” suggests C. Virginia Fields, President and CEO of the National Black Leadership Commission on AIDS (www.nblca.org). “We must go into areas where we find larger segments of Black women such as our sororities, our civic organizations, the National Coalition of 100 Black Women, The Links. They have conferences every year. It’s up to us to get the information out there. Encourage people to get tested and be involved on many levels.” “We Black women are often the central figure in our families. We can set the example by getting tested and knowing our HIV status,” suggests Deborah Parham Hopson, PhD, RN, associate administrator for HIV/AIDS in the U.S. Department of Health and Human Services’ Health Resources and Services Administration. “If we are negative we can protect ourselves by practicing safe sex. We can be the example for our sons, daughters, nieces and nephews. We can talk to them so they know the things they can do to stay negative.” For more information on the plan and public reaction, got to www.blackaids.org and www.aids.gov. What are you willing to do to bring the HIV statistics down? Post a comment below and let us know!