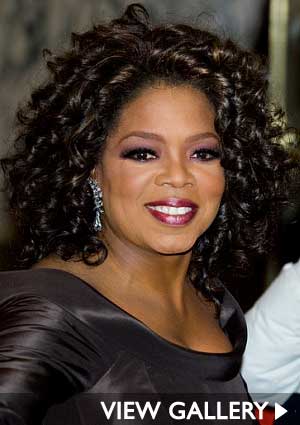 The programming details for Oprah’s OWN network are slowly being revealed. Oprah Winfrey Network CEO Christina Norman tells USA Today that the current “Oprah Winfrey Show” is definitely not going to cable when she retires in 2011.

Norman says the channel will include shows by sex therapist Laura Berman, journalist Laura Ling, Suze Orman and BFF Gayle King. “At it’s core (the network) will always be about the notion of self-discovery” and “moments of personal transformation,” Norman added.

Elements of the Oprah show will be maintained and memorable interviews aired. There will also be shows and movies from sister channels like MTV and TLC, as long as they maintain Oprah’s “self-discovery theme.” Norman swears the channel won’t be preachy. “It’s not going to be spinach,” she says. OWN will reach more than 75 million homes.