Yesterday, Twitter account Shady Music Facts noticed that Beyoncé’s iTunes page had gone down, but was quickly restored. The account also took notice of 13 unaccounted for videos on Bey’s VEVO page, which a quick search confirmed. 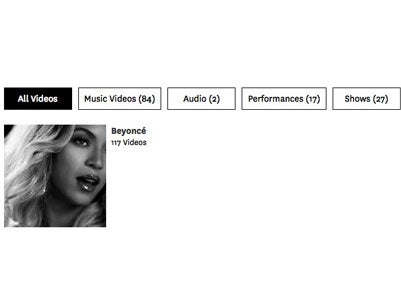 It’s been widely speculated that Beyoncé might drop two albums this year, one next month and one later this year, which will be a collaboration with husband Jay Z. It’s easy to believe the rumors since Bey dropped “Formation” earlier this year and announced a world tour during the Super Bowl. But you know Bey, that woman knows how to keep a secret, so nothing’s been confirmed or denied.

Beyoncé and Blue Ivy Have the Best Tea Party Ever

Bey, you’ve got us all stressed out and losing sleep because no one wants to miss out if you drop a surprise album in the middle of the night, so give us just a few clues, a timeline, anything! Please!