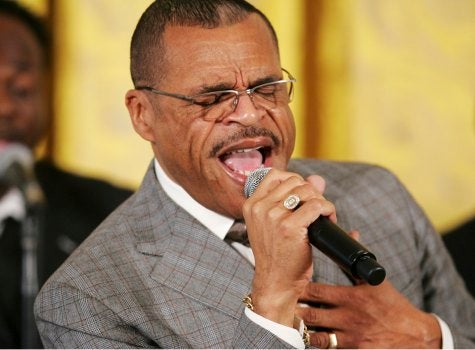 Grammy Award-winning gospel singer, preacher and composer Bishop Walter Hawkins died on July 11 at age 61. Hawkins suffered from pancreatic cancer. Growing up, Hawkins performed with his family. The Hawkins Family’s single, “Oh Happy Day,” was the first gospel song to cross over into the mainstream music market. The tune, arranged by Hawkins’ brother Edwin, won a Grammy Award in 1970 and catapulted the Bishop’s gospel career. In the early 1970s, Hawkins founded the Love Center Church in Oakland, Calif., where he served as pastor and formed a successful choir. The choir’s “Love Alive” series sold millions of copies through the 1970s, ’80s and ’90s. The series features such well know Bishop Hawkins compositions as “Going Up Yonder,” “Changed” and “Marvelous.” “I don’t think God should have just anything. He requires your best,” he told The Washington Post in 1999.