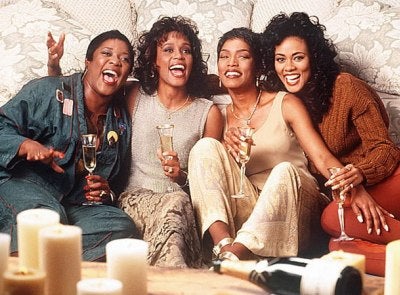 Sixteen years ago, Savannah, Gloria, Bernadine and Robin hit the big screen in “Waiting to Exhale,” and now the wait for their return is over! Terry McMillian revealed via Twitter this week that the first stages are underway of the film version for the sequel, “Getting to Happy.”

The author tweeted, “We are working on the script for HAPPY. Will know in about a month or so when we’ll begin production. Probably on screens in 2012″…

There’s no word yet on whether the original foursome of Whitney Houston, Loretta Divine, Angela Basset and Lela Rochon are confirmed to return for the sequel, however, there’s a good chance that some, if not all, of the original cast is on board. McMillian tweeted, “You’ll see familiar faces. That’s all I can say for now.”

The novel “Getting to Happy,” which the sequel is based on, was published last year.

Are you excited about the possibility of seeing Savannah, Gloria, Bernadine, and Robin return to the silver screen?