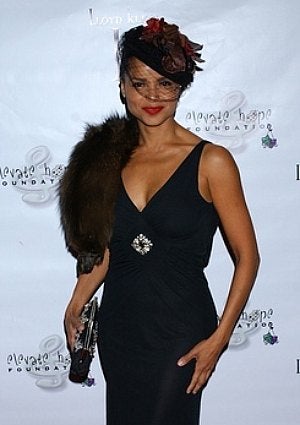 Word is that the popular daytime soap “The Young & the Restless,” might be courting former cast member Victoria Rowell for a possible reunion, sources close to the show told ESSENCE.com.

There have been industry whisperings throughout the Twitterverse that the 50-year-old actress and best-selling author who joined the “Y&R” cast in 1990 as Drucilla, who was left for dead as she plunged to her death after falling off the cliff, might be resurrected.

“Vicki got a call from an actor friend who asked if she’d consider returning and I think she’s mulling it over,” said the source.

Rowell’s return could help to keep the 37-year-old soap a favorite among their devout African-American female audience. The CBS daytime drama, which boasts 4.1 million viewers, is made up of largely Black female fans. Additionally, the show airs several times a day in the Caribbean and Africa and is No. 1 in France.

Such a step might help add color to the show. In its 37-year history, “Y&R” has never had any Black staffers. Rowell voiced her disapproval about the show’s lack of diversity upon her exit in a Black press interview stating:

Die-hard “Y&R” fans have been Tweeting encouraging messages of support for Rowell’s return.

In June, Rowell married renown visual artist Radcliffe Bailey. The author of “The Women Who Raised Me” is gearing up for her second work, “Secrets of A Soap Opera Diva,” which is due to hit shelves in 2010.–KNB