Coming off of their big win, New York Giants players congratulated each other as they mixed and mingled with models, dignitaries and fans Tuesday night in New York City at an event thrown by luxury watchmaker Hublot.

The Giants’ wide receiver Victor Cruz was on hand and we caught up with him to chat about his triumphant comeback on the field and his love affair with fashion. And we even got to connect with famed campaign model Chris Collins, who gave us his thoughts on his hometown hero Cruz and how he’s managed to be so successful — for so long — in the modeling industry. 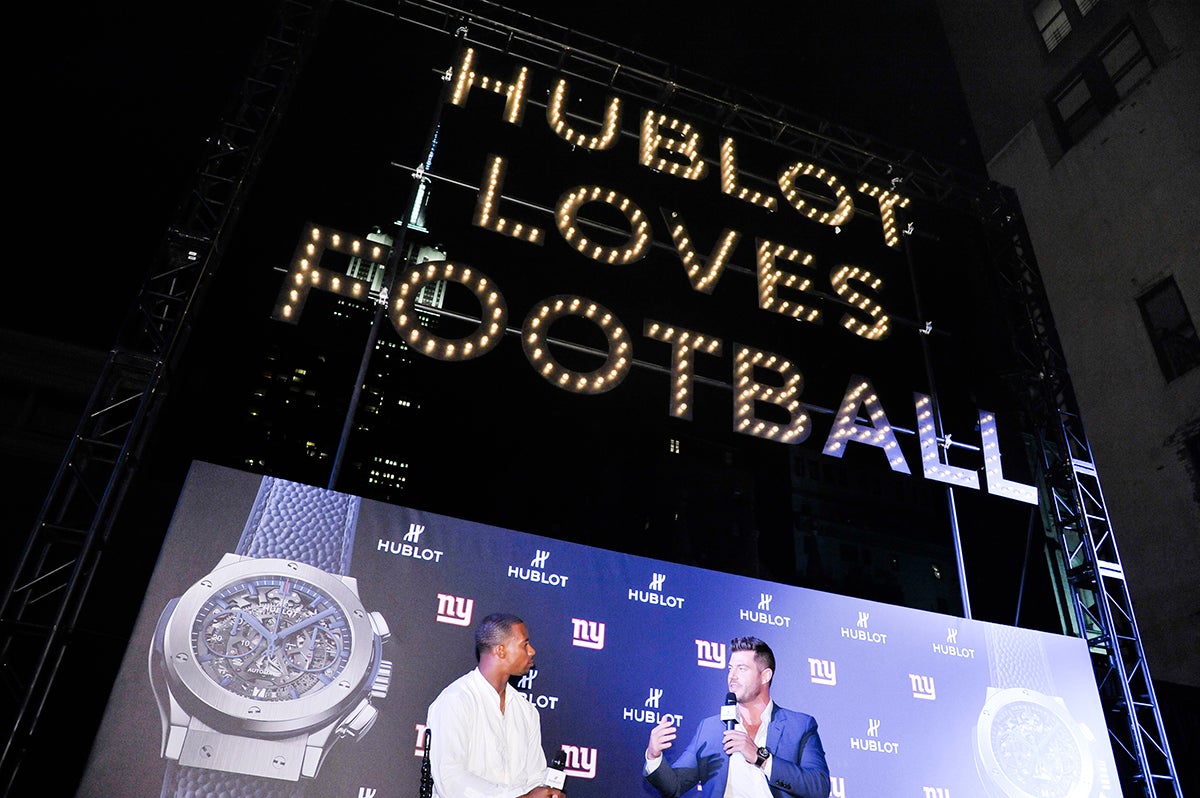 On the big win 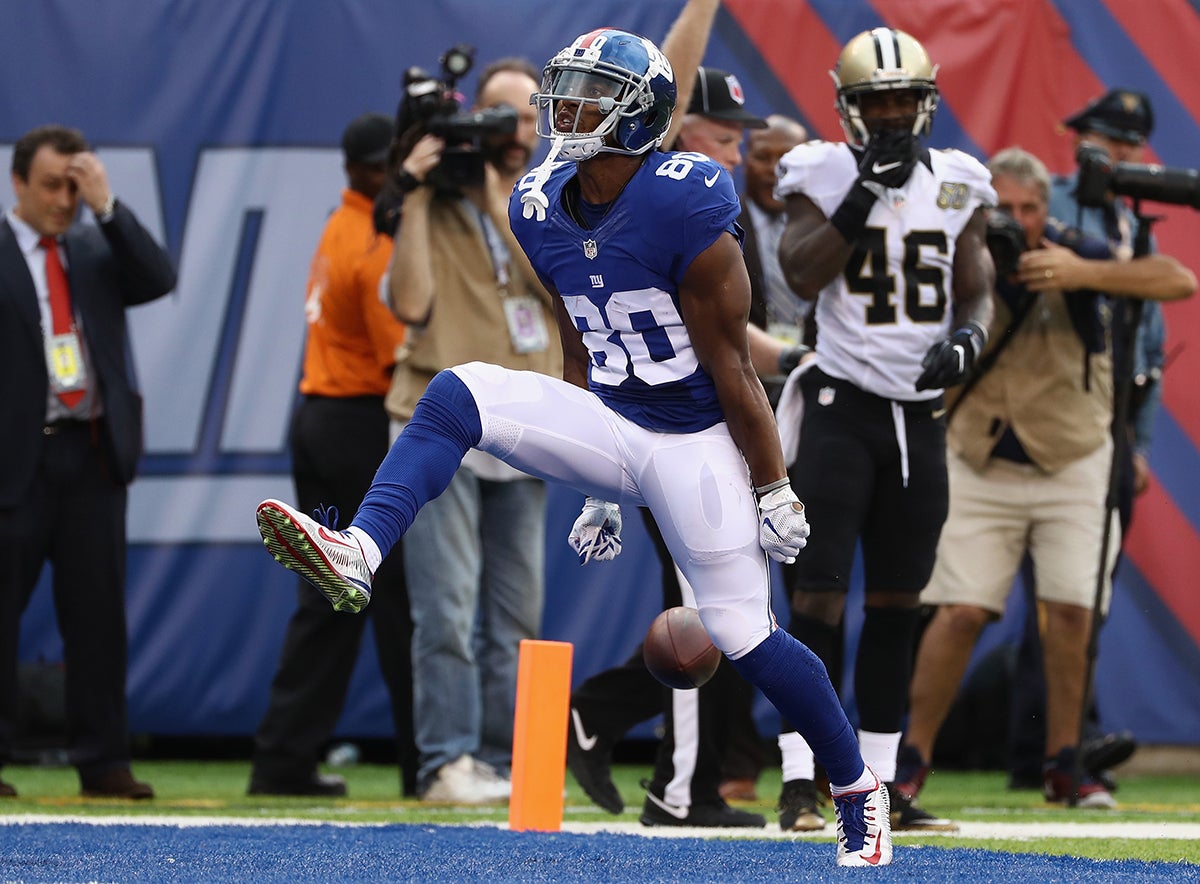 Victor Cruz #80 of the New York Giants celebrates his catch against Ken Crawley #46 (not pictured) of the New Orleans Saints during the fourth quarter at MetLife Stadium on September 18, 2016 in East Rutherford.

On his personal style

I love fashion! My dad introduced me to it when I was younger, and he always understood that you ought to dress a certain way for people to look at you and for them to see what type of person you are -the minute they look at you. And, I’ve always wanted to embody that, everywhere I went.

On his Givenchy campaign

It was amazing! Shoutout to Riccardo Tisci for allowing me to be a part of that campaign. It’s just unbelievable! 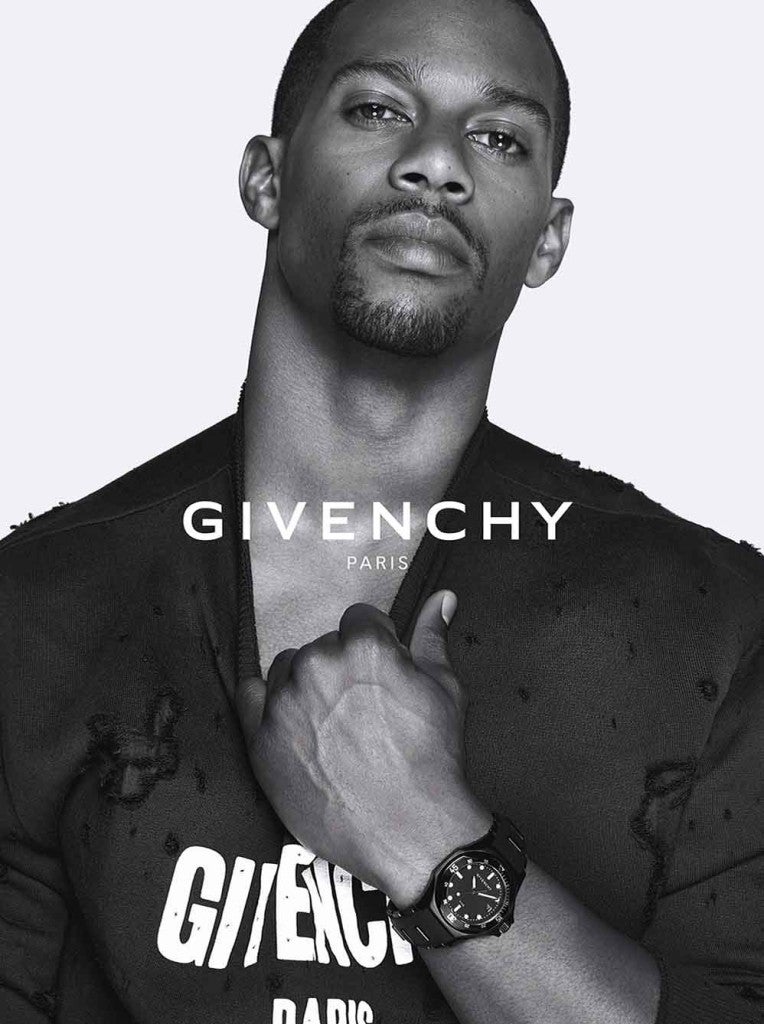 On what’s next — off the field

I have some collaborations coming up [including designs for Hublot] and my collaboration with Nike and the Air Trainor Cruz; more color ways coming out for the fall, so I’m excited about that. Down the line, it’ll be my own brand at some point; I’m trying to figure out what that looks like now and really taking my time with it — learning the industry and figuring it out the right way.

A sneak peek for Essence?

If anybody knows me, they know I love baseball jackets and varsity jackets — and that might be kind of the inspiration on where I take my ideas.

I’m from Vic’s hometown, so, of course I’m a Giants fan. I was a fan before he started playing for the Giants, so I’m hoping we continue the success and go to the Super Bowl again — and win, again!

On his fashion career

I’m still modeling for Ralph Lauren, 20 years and counting, it’s a blessing! And on a personal front, I’m working on my own fragrance project that’ll be coming out around Valentine’s Day.

On thriving as a top model

Luckily, I kinda fell into it! I wasn’t one of the guys who tried to do it… But, for those who actually aspire to do it, it takes a lot of discipline. It’s not easy, it’s difficult, and you have to really go for it; it’s just like any other career. Find the right agent and take the right pictures… you gotta treat the business with respect, and if you do that, then you’ll stay in it for 20 years like I did!

Ladies, can we just say -again- that Black doesn’t crack!! Praises to Chris and that melanin… And as for Victor, keep winning! 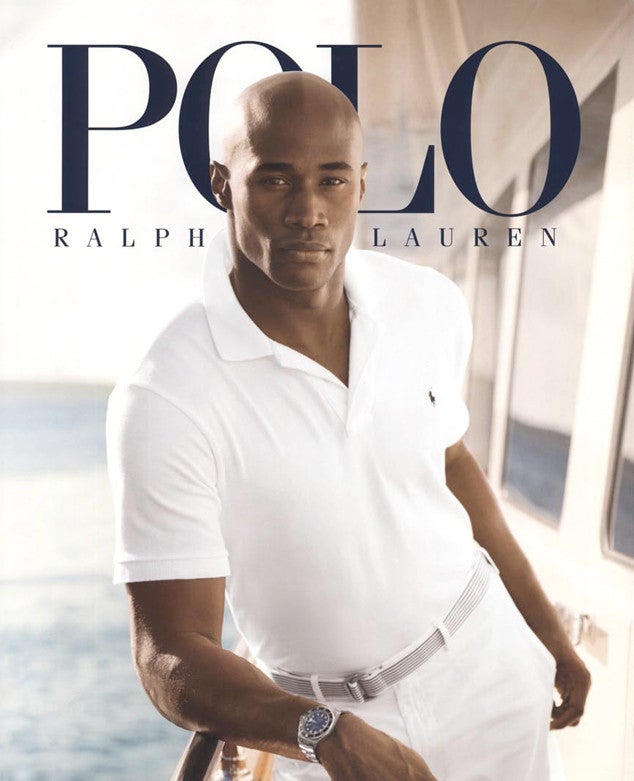