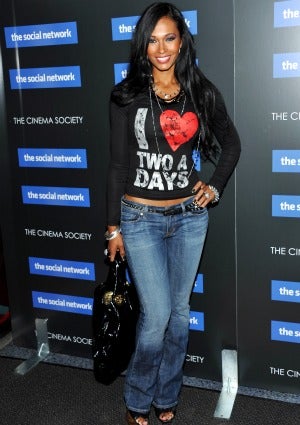 Just like her husband, Pilar Sanders is good at more than one thing. The wife of professional football and baseball legend Deion Sanders, Pilar is a mother, philanthropist, entrepreneur and reality TV star. As part of VH1’s new reality series, “Football Wives,” she gives viewers a glimpse into the game. And while it’s not the one your man watches on Sundays, it will likely include some offense and defense. She recently spoke to ESSENCE.com about what it takes to stay married to a famous sports figure and what she hopes women will take away from the show. ESSENCE.com: Two years ago, you starred in your own reality series, “Deion & Pilar: Prime Time” on Oxygen. Why the return to reality TV? PILAR SANDERS: For the chance to do a reality show with women; to get together with seven other ladies who share the same plight. And my audience definitely loved the camaraderie and the home life aspect they saw on “Prime Time.” I also wanted to see how I would handle different situations. ESSENCE.com: What is your relationship with the other women on the show? SANDERS: Interesting. You’ll have to tune in. [laughs] ESSENCE.com: Can viewers expect to see the same type of drama they saw on “Basketball Wives”? Any drinks thrown in someone’s face this time around? SANDERS: I don’t know, but I know it won’t be me. There are seven very strong, opinionated women who are doing their own thing, so there’s definitely going to be drama. But you’re not going to see drinks being thrown or tables being turned over. ESSENCE.com: You’ve been married for almost 12 years. What do you think it takes for a successful marriage to a professional athlete? SANDERS: You need to have God in the center. I think that’s the only reason we lasted this long. I also don’t believe that husbands and wives are necessarily best friends. There are things I share with my girlfriends that I wouldn’t necessarily share with my man. But you should have an open line of communication. To be friends with each other is so important. ESSENCE.com: What are some of the pros and cons to being married to a famous sports figure? SANDERS: Some pros are the opportunities you’re afforded, the travel, the financial opportunities and the exposure to so many things. A con is that you always have to be on your P’s and Q’s because there is always someone with a gimmick or someone looking for a lawsuit. But there are more pros than cons. ESSENCE.com: What do you hope women will learn from the show? SANDERS: I hope women can find some kind of encouragement in whatever stage they are in life. Ideally, I’d like to see more women bonding and supporting one another. Football Wives premieres this Sunday night on VH1 at 10:30/ 9:30 Central.