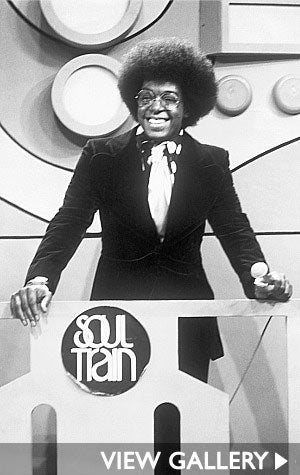 Remember waking up on Saturday mornings for Soul Train, eating cereal in front of the TV? The popular music show launched forty years ago. Now Terrence Howard and Questlove are set to honor the pioneering program in a VH1 documentary special, “Soul Tran: The Hippest Trip in America,” “SingersRoom” reported. The show will air on February 5 and will highlight the artists whose careers the hit show, which ended it’s run in 2006, launched. The segment will also feature commentary from the “Soul Train” cast and crew and talents from Aretha Franklin and Chaka Khan to Snoop Dogg and Cedric the Entertainer.

Howard, who hosted the 2009 Soul Train Awards alongside Taraji P. Henson, narrated the documentary, which Questlove has created an original score for.

Read the full story on “SingersRoom“.
Loading the player...