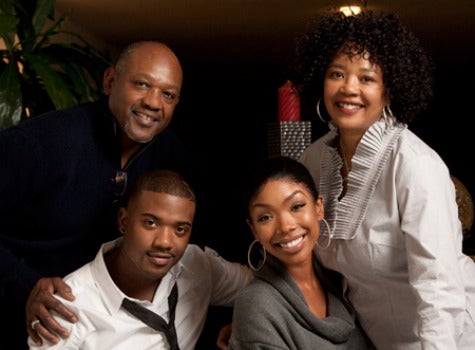 There’s no denying that reality shows have become the driving force of primetime. Nobody understands that fact better than the programming folks at VH1. This past Monday, the cable network aired the final episode of it’s hugely-popular dating series, “Let’s Talk About Pep,” but best believe they’ve got more reality shows coming down the pipeline. As “Fantasia For Real” winds down, VH1 is getting geared up for their next round of shows, beginning with the family Norwood. On “Brandy and Ray J: A Family Business,” the cameras will focus on the famous clan’s day-to-day life as they keep their entertainment empire afloat. Along with the brother-and-sister duo, the show will feature their manager-mom, Sonja, and vocal-coach-dad, Willie. “Family Business” is just the latest on VH1’s roster of Black-themed reality shows. The channel has enjoyed a ratings bonanza over the last few years with hit shows including “The Salt n’ Pepa Show,” “Gotti’s Way,” “Charm School,” “Real Chance of Love” and “I Love New York,” among them. But, it all started with “The Surreal Life,” which spawned the Brigitte Nielson-Flavor Flav vehicle, “Strange Love.” And then, of course, there was “The Flavor of Love.” The rest is television history. “Brandy and Ray-J: A Family Business” will begin its 11-episode run on Sunday, April 11. Read More: