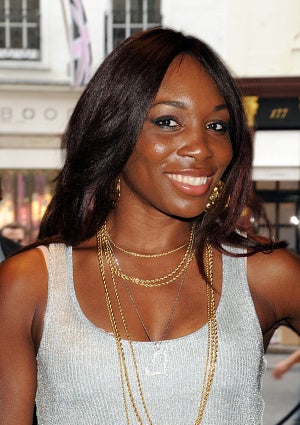 Venus Williams turned the big 3-0 today, and she’s in London prepping for Wimbledon, which kicks-off on Monday. With her track record this year for wearing controversial dresses on the court, everyone’s wondering what she’ll be wearing come next week. “It’s definitely inspired by Tina Turner,” Williams said in an interview with USA Today. “It’s called a shimmy dress. You’ll see. It’s got fringe. That’s all I can say.” Most recently, tennis fans proclaimed the nude shorts she wore at the French Open were a bit much for the sport. Wimbledon is known as the most conservative tournament with the strictest dress regulations, but that hasn’t fazed Venus and the nude shorts will possibly make a comeback. “That (French Open) dress was about illusion, so I can say at Wimbledon it’s not about illusion, but it is fun and continues with the lace,” she said. “The illusion will be back, but not right away.”
Loading the player...