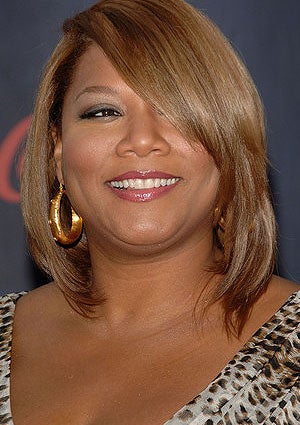 Not only have we turned the page on another year, but 2010 also marks the beginning of a brand, new decade and we’re looking forward to experiencing the next 365 days with you.  We’re geared up for a year filled with possibility, in abundant amounts.  You ready?
As we kick off the first week of the New Year, we’ve gathered a handful of entertainment items that caught our eye.

TV:  After being banished to Friday nights last year, Wilhelmina Slater (nee’ Vanessa Williams) and her cast of Ugly Betty characters are Wednesday-bound.  Be sure to tune in to ABC – this, and every, Wednesday, at 10pm – to witness the drama that Mode magazine’s resident fashionista wields on Hump Day.  Oh, and encores of the show will now air on the TV Guide Channel on Saturdays, beginning January 16.

Event:  Your vote does count, especially at the People’s Choice Awards.  Queen Latifah is back to hold court as hostess of this fan-friendly ceremony, which airs live from Los Angeles’ Nokia Theater on Thursday, January 6 on CBS (9pm/8 central).  Mary J. Blige, LL Cool J and Mariah are set to perform, too!

Log onto peopleschoice.com to cast your vote for your favorites in music, television and movies, but hurry – the polls close on Wednesday night.

TV:  For the tenth, consecutive year, BET and host, Steve Harvey, will praise Him at the Celebration of Gospel on Sunday, January 10, 8pm/7c.  Tune in to watch as Fantasia, Yolanda Adams, Donnie McClurkin, Pastor Shirley Caesar and Bebe & CeCe Winans (and so many more) bring the house down.  As Harvey says, “This show is going to be bigger than a Mississippi mass choir!”  If you love gospel music, this fte is not to be missed.

Birthdays: Along with sending our belated, birthday wishes to Sophie Okonedo and Morris Chestnut, who both blew out candles on New Years Day, and Taye Diggs, who celebrated his big day on the second, we honor dance visionary, Alvin Ailey, who would have celebrated his 79th birthday on January 5.

The year has only just begun and we’ve got so much more coming your way.  Until then, let’s make today count.