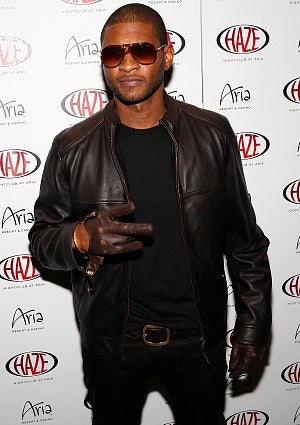 Unlike the rest of us who might store a couple of CD’s and trinkets in our car, celebs like Usher drive around with real swag inside their SUV’s. A thief who looted the singer’s SUV in Atlanta before Christmas walked off with items amounting to $1 million, reports the Atlanta Journal-Constitution. The stolen items include two laptops, five watches, three necklaces, two rings and six bracelets, a Louis Vuitton garment bag worth $3,000 and $50,000 in assorted clothing.

According to police, Usher and his bodyguard stopped at an AT&T store in Atlanta’s Buckhead neighborhood when a man driving a Chevy Impala pulled up next to Usher’s Yukon SUV and “popped a small hole on the bottom right corner of the door handle and entered the vehicle.”

Usher says he is most worried about the laptops which contain never-before-heard songs he’s been working on. No arrests have been made.