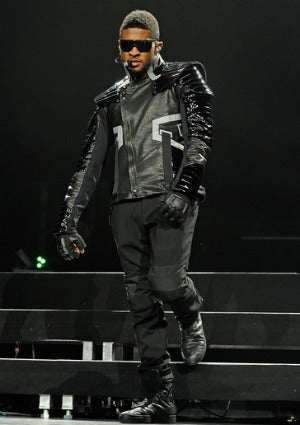 It looks like Usher is bringing some of that “OMG” talent to this year’s 53rd annual Grammy Awards.  The singer was recently confirmed as a nomimee and performer at the iconic awards show on Sunday…

The international star — who is also considering a role on popular TV show ‘X Factor‘ —  will take the stage with his pop protege, Justin Bieber.  “Having been through [the Grammys] so many times, you couldn’t want for anything more than for your young protege to have the opportunity to have one, so, in support of him having his moment, I wanted to be here,” Usher told MTV News.

Other performers to rock this year’s awards include Rihanna, Jennifer Hudson and Yolanda Adams (who will team up on a tribute to Aretha Franklin), jazz singer Esperanza Spalding, Drake, B.o.B, Bruno Mars, Dr. Dre, and Cee Lo Green.

Be sure to sign up for our Grammys Live Chat now. It’s going to be fun!