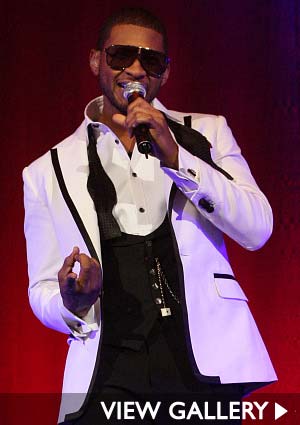 Usher moved up the release of his new album ‘Raymond vs. Raymond’ from it’s original early 2010 date. According to MTV news, the R&B star’s fans will be able to buy a copy of ‘R vs. R’ on December 21, just in time for Christmas.
Usher is in the middle of a divorce from Tameka Foster-Raymond and the songs on the album are said to reflect what he’s going through, although representatives from his camp claim his recent single “Papers” is not about his wife.