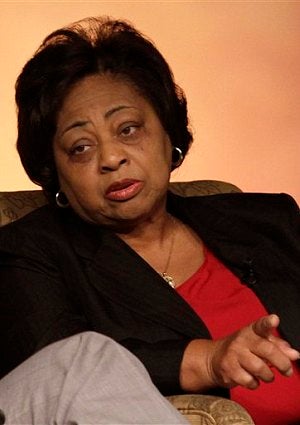 Nearly a month after it forced Shirley Sherrod to resign, the U.S. Department of Agriculture sponsored a diversity conference in Washington D.C., reports the Atlanta Journal-Constitution. The two-day Civil Rights Diversity and Conflict Resolution and Management Conference for employees included remarks by Democratic Senate candidate Michael Thurmond, who spoke of his suspicions of White people while growing up. “The only white friend I had was on TV — Beaver, as in “Leave It to Beaver,” he said.   In a roundabout way, Thurmond related his experience with White people to that of Sherrod’s —  “from suspicion to recognition.” Thurmond encouraged USDA employees at the conference to talk openly about race in an effort to bring more understanding to an agency that has been plagued with charges of racial discrimination. Besides the Sherrod incident, the USDA is dealing with a class-action from Black farmers who say the agency discriminated against them when it came to allocating farm loans in the ’80s and ’90s.   “We can say the USDA has got a race problem… but what’s different about the USDA?” said Thurmond. “The difference is that it’s one of a few federal or state agencies that’s having a conference that’s trying to do better than [it] did in the past.”