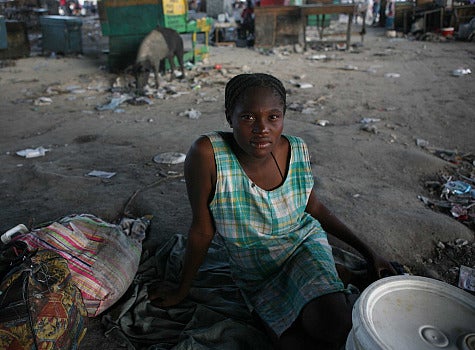 All along, relief workers in Haiti have been saying that they have food and water, but they are having hard time organizing distribution of goods and supplies to the Haitian people. In an effort to ease some of the chaos caused by people fighting over food, the United Nations has set up women-only food lines. The thought is that the food will be more evenly distributed if given to women. “Our experience around the world is that food is more likely to be equitably shared in the household if it is given to women,” U.N. World Food Program representative Marcus Prior told the Washington Post. The WFP’s plan has been to hand coupons for bags of rice out to mainly women, the elderly and the disabled across Port Au Prince. The women then head to the food depots to pick up their food. Men can pick up coupons if women are tied up with childcare or other duties. According to the Washington Post, women are expected to be less aggressive in the lines than men. While the food distribution commotion has calmed a bit, U.N. officials acknowledge that they are nowhere near their goal of bringing food to all earthquake victims. Read More