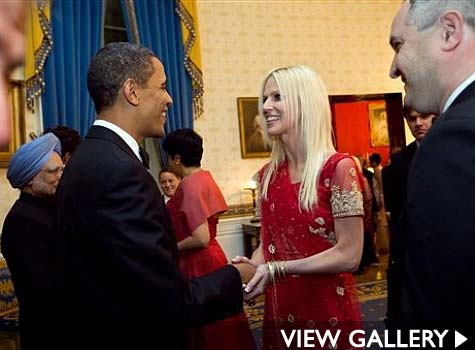 Infamous party crashers, Micahele and Tareq Salahi are getting a Washington invite they won’t forget. Yesterday the House Committee on Homeland Security approved a motion to subpoena the couple for crashing the official state dinner last month, but the Salahi’s will be keeping mum as they have for the past few weeks, says their lawyer. The couple will be invoking their right to plead the fifth.

The Salahi’s say they have provided the committee with email correspondence they had with a Pentagon staffer about tickets to the State Dinner. The hearing will be conducted January 20th.

READ MORE OF OUR COVERAGE OF PARTY CRASHER-GATE