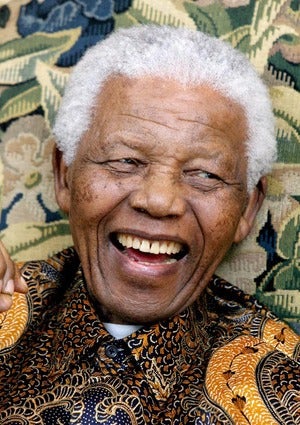 South Africans are resting a little easier today as the crown jewel of their nation, Nelson Mandela, was sent home from a Johannesburg hospital. Madiba, as he is also called, reportedly suffered from an acute respiratory infection, said doctors.

Around noon South African time, he was taken home in a secure military ambulance. Today’s updates comes as a development as yesterday it was reported that he suffered a collapsed lung and just a day before word spread that he entered the hospital for “routine tests.”

With each passing day the details of his health change. However, South African military Surgeon General Vejaynand Ramlakan announced during a press conference that Mandela would indeed get the necessary medical treatment at home. He assured a crowd gathered outside the hospital that it would be the same quality of care Madiba received at the hospital. “He is stable, but subject to intense monitoring. For a 92-year-old, he surprises us on a daily basis,” said Ramlakan.