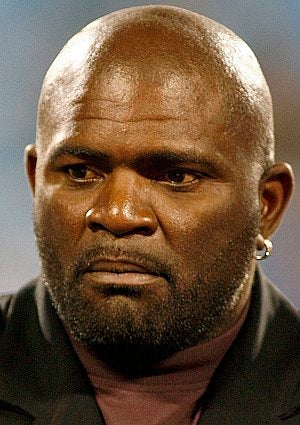 How the mighty fall. NFL great Lawrence Taylor has pleaded guilty to sexual misconduct and may have to register as a sex offender in the case involving a 16-year-old girl who accused him of rape.

Taylor, who now lives in Florida, admitted to paying the girl $300 to have sex in a New York hotel room last year. “She told me she was 19,” Taylor told the judge as he entered his guilty plea in a New City court, reports the New York Post.

The former New York Giants linebacker is expected to return to court March 22nd to face a sentence of six years probation. He may also have to register as a low-risk Level 1 sex offender, though his attorneys are arguing against that. If he does have to register, Taylor will have to check in annually with law enforcement.

Prosecutors say Taylor’s victim is back in school and “happy.”