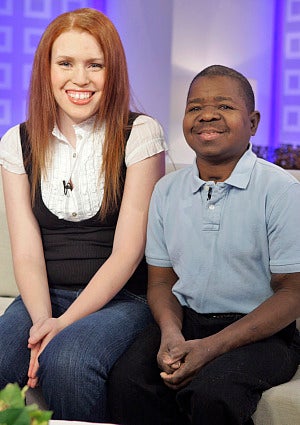 TMZ obtained the tape of the 911 call that Gary Coleman’s wife Shannon Price made when Coleman suffered a head injury that lead to his subsequent death. “I really don’t know what happened!” Price told emergency dispatcher. “There’s a lot of blood on the floor…There’s blood all over. And I can’t do anything.” Coleman was rushed to Utah Valley Regional Medical Center in Provo. He later went into a coma and was placed on life support. On the 911 call, Price said that she “can’t be near the blood” because she might get a seizure. “He’s conscious,” his frantic ex-wife said. “But he’s not with it…I don’t know if he had a seizure or…what.” Coleman, who has battled with congenital kidney disease and has had two kidney transplants, suffered a number of seizures in the last five months, including one on January 6 while promoting a film in Los Angeles and another while on the set of “The Insider” on February 26. “Gary, you have to put pressure on your wound,” you can Price say on the 911 tape. She also shouts at Coleman to, “Sit down!” Shannon Price was married to Gary Coleman for two years. They met on the set of 2006 comedy “Church Ball.” The couple apparently divorced two years ago.