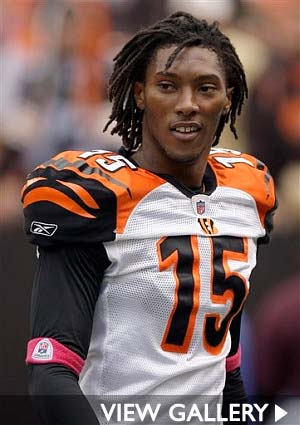 “It’s got a Black man on it with no shirt on and he’s got his arm in a cast, he’s got some black pants on, he’s beating on the back of the truck window. …it’s turning onto Oakdale Road off of Oak Drive.”


Moments later a male caller dials 911 to say, “He is laying in the road.”


The 26-year-old Cincinnati Bengals receiver passed away this morning at 6:30 a.m. due to injuries that he sustained after falling off the back of a pick up truck, driven by his fiancee Loleini Tonga, last night. Police were called to the 26-year-old NFL star’s home and officials questioned and released Tonga. They are still investigating what happened between the two.

A police report read, “The domestic situation continued between the operator and Mr. Henry.’ Henry ‘came out of the back of the vehicle” about half a mile from the house, it said,'” CNN noted.

Just hours before the dispute, Tonga wrote about purchasing her wedding rings on her Myspace. Henry had not played a game since November after breaking his forearm.
Bengals coach Marvin Lewis apparently spoke with Tonga a few times early this morning. He said she was a “very steadying force in Chris’ life,” according to CNN.

According to the Daily News, In October, the Cincinnati Enquirer printed a quote from Henry commenting on his fiancee’s support:

“She’s been a big help,” Henry said. “She’s been right here with me and going through things and helping out on my side. … She has my back with everything I’ve needed.”