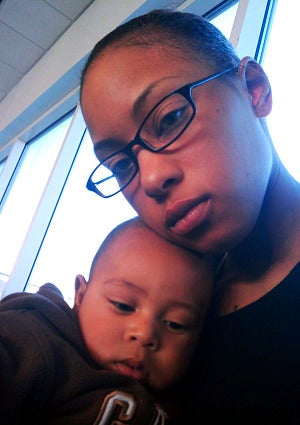 Alexis Hutchinson, the Army mom who skipped her deployment because she had no one to care for her son, will not be court martialed for her insubordination, NYTimes.com reported. Hutchinson, 21, whose son Kamani is four years old, faced the possibility of a number criminal charges for not showing up to her deployment site at Hunter Army Airfield in Savannah Georgia. The single mother, chose to risk jail time when her mother, who takes care of another child, a sick relative and runs a daycare, pulled out of being Kamani’s caregiver. On Thursday February 12, Hutchinson was granted an other-than-honorable discharge. The Army did present consequences for Alexis’s absence on the day of her deployment. Her rank has been lowered from Army specialist to private and she will not receive the full Army veterans’ benefits. Read More: