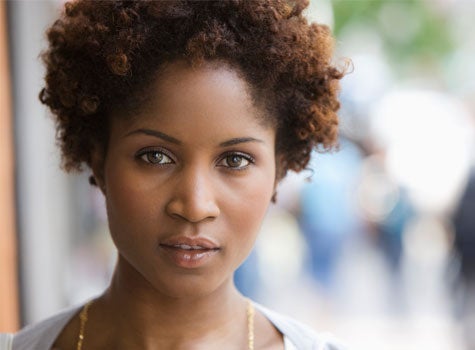 At 28, I’ve had many unexpected events happen in my life. I’ve traveled around the world, attained a level of professional success unprecedented by any member of my family or close circle, and even hobnobbed with the upper echelon of society. Professionally, most people would consider me to be smart, pragmatic and a go-getter. Personally, I’ve been proud to say that my private life is as fruitful as my career; well, at least that’s what I thought.

I’ve always taken pride in making sure that my life was good on all fronts. Yes, I am a career woman, but my emphasis was on the latter part. I find equal pleasure in bringing home and frying up the bacon. Additionally, I have to admit that I was scared straight. I’ve seen or heard of enough single Black woman sob stories to make sure that I sharpened my saw, you know, keep it right and tight, so when I met Mr. Right he’d have no choice but to put a ring on it. By my late twenties, I felt like I was doing everything right. Then things went really wrong.

After going through the tiresome rituals of hunting for someone who’d be more than Mr. Right. Now, I finally scored a winner in Aaron*. He was smart, professional, God-fearing, and handsome, and seemed to genuinely like me. Most important, I liked him. For weeks we did it up; movies, plays and dinners. Eventually, we became intimate and like a good girl I made sure we used protection… at first.

I have to be honest. The sex was good. We became exclusive. My resolve to use condoms waned. Yep, 1-2-3. Before I knew it, occasional slips of getting in a quickie sans a Lifestyle turned into our lifestyle. While I did address my concerns about the consequences of our lustful, unprotected trysts, I never drew a line. I never demanded we stop. And truthfully, I never wanted to. The intimacy that we shared made me feel closer to Aaron. Additionally, I believed that he’d stick by my side and we’d get married if we made a baby. Sadly, I didn’t seriously consider the other things my Prince Charming might gift me.

About 18 months into our relationship I went to a routine OB-GYN visit and later found out that I had an STD. Aaron had been my only partner since my last visit. Shame is the only word that I can use to sum up how I felt while getting lectured by my doctor about the importance of protection. Luckily, the condition was curable, my heartbreak, not so much. After a few lengthy arguments my boyfriend admitted that he had cheated on me and didn’t use protection. He also knew he’d contracted an STD, been treated and assumed (hoped) he hadn’t given it to me.

Eventually, I chose to break things off with Aaron. I still loved him. But how could I trust someone who didn’t think enough of my health or fertility to inform me of his betrayal? I know he isn’t the only person culpable. He was selfish. I was foolish. I knew the risk of having unprotected sex — even in a relationship — and I took it. I can only blame myself.

Today I am working on regaining my trust in men. Aaron’s infidelity didn’t just make me wonder about our relationship, it made me reconsider the faithfulness of all unions — especially marriage. Will I be able to believe that my next mate, or more importantly, my spouse, will be responsible enough to protect us both? We always hear about women in our community contracting incurable diseases and I don’t want to be part of that statistic. My ex-boyfriend’s infidelity damaged more than my heart and health. It took my faith. I hope I can get it back.