Well, this is definitely the wrong way to use a face mask.

Today, the University of North Dakota finds itself embroiled in a PR nightmare, thanks to this Snapchat photo of four white students wearing face masks and poking fun at the Black Lives Matter movement. 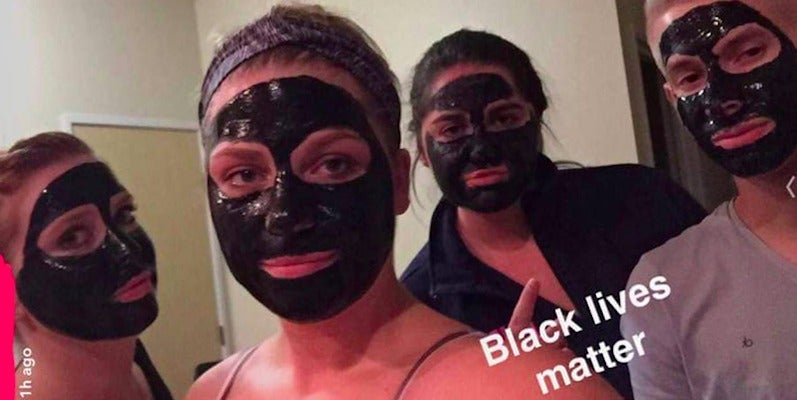 And according to Elite Daily, this isn’t the first time racism has made headlines throughout the UND community. Just a few days ago, student Etonde Maloke reposted another Snapchat update where three students stole a black student’s phone and captioned the photo with,”Locked the black bit*h out.” 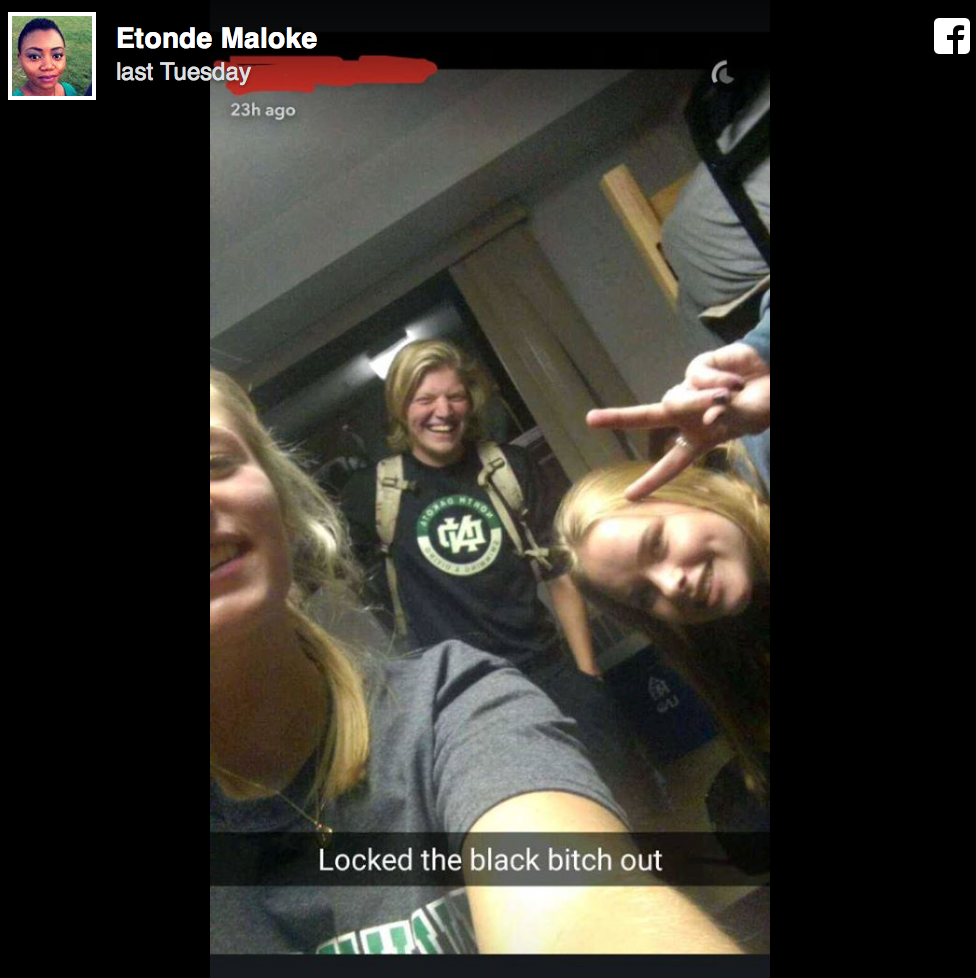 “My friend was not aware that they had done this and didn’t even realize they had put this on her snapchat story until another friend of ours pointed it out,” Maloke detailed in a callout to her school.

“The University of North Dakota needs to take action against these students for this blatant act of racism.”

University President Mark Kennedy has since issued a statement that denounces the offensive photos, but fails to mention how he will (hopefully) reprimand the students.

“I am appalled that within 48 hours, two photos with racially-charged messages have been posted on social media and associated with the UND campus community,” he says.

“I have been disappointed to learn that we have people in our university community who don’t know that the kind of behavior and messaging demonstrated in these two photos is not OK, and that, in fact, it is inexcusable.”

We don’t need to list the reasons this is undoubtedly horrific. Black students everywhere deserve the same respect and safety as their counterparts and moments like these are happening far too often.

Despite the ill intentions of these women, we’re reminded of just how important movements like Black Lives Matter are to future progress.