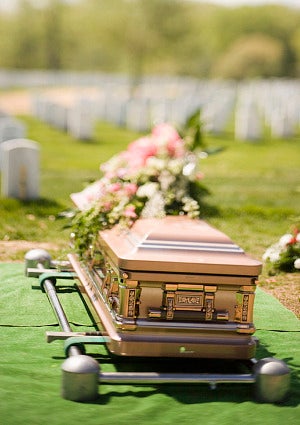 Some 67 bodies lay unclaimed at the Wayne County morgue in Detroit six weeks ago. Until former Motown executive Shanti Das saw the story on CNNMoney. “They were stacked up like shoes in a closet,” she recalled. “It was such a horrific situation. I thought, ‘Oh my god, we have to try and restore some dignity to these families.'”

With the help of artists like Busta Rhymes and Akon, Das started a non-profit called May We Rest in Peace and raised $6000 to have six of the bodies buried last month. Hearing about the unclaimed bodies triggered some memories from Das’ own childhood. Her father committed suicide and her mother struggled to pay for funeral costs. “There were just a lot of things that hit home for me, and I just wanted to immediately take action,” she said.

Das plans to raise enough money to bury the rest of the bodies left behind at the morgue.