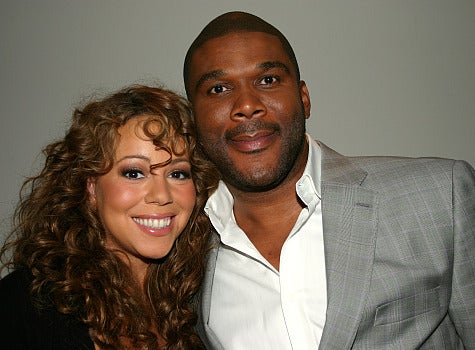 Tyler Perry is taking the news of Mariah Carey dropping out of his upcoming film adaptation of Ntozake Shange’s “For Colored Girls Who Have Considered Suicide When the Rainbow is Enuf” lightly. Carey pulled out of the film five days before the director was ready to shoot, Perry says on People.com, because her doctor advised her against participating in the movie. “I was told that we got a call, saying that even though our deal was done, she had been advised by her doctor not to do the film,” Perry wrote in a letter to his fans on his Web site. “I said ‘What? You know I want a doctor’s note, don’t you?’ LOL.” Perry has chosen British actress Thandie Newton to fill Carey’s role. Newton joins Whoopi Goldberg, Phylicia Rashad, Janet Jackson, Loretta Devine, Kerry Washington and Kimberly Elise and others in this star-studded film.