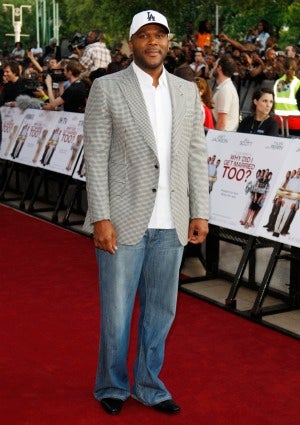 Tyler Perry visited his friend and “Precious” co-producer Oprah Winfrey on her hit talk show today to talk about his experience of being molested as a child. The second-highest earner in Hollywood told Oprah about spending most of his 20s in the “dark” because he was dealing with his painful childhood. Perry, 41, described his childhood as “a living hell” because he was physically abused by his father, and later molested by three different men and a woman before the age of 10. “I was about five or six,” the first time, he said of being molested by a neighbor while building a birdhouse. “I thought, ‘What is this?'” The second time was by a male nurse, and another was a man in church “who used God and the bible to justify a lot of the things that were going on.” When asked what he would say to the little boy he left behind, the “For Colored Girls” director wept while saying, “I would say, ‘It’s going to be all right. “After years of anger and pain, Perry says he was able to move forward because he realized that “even though those things happened to me, it was not me.” Still, he said, too many men who have been molested live in shame. “So many men will not talk about this, and this is what will destroy us. We’re told to be strong, shut up, boys don’t cry.” But he advised that the “same strength that it took to take it is the same amount of strength that it takes to let it go.”