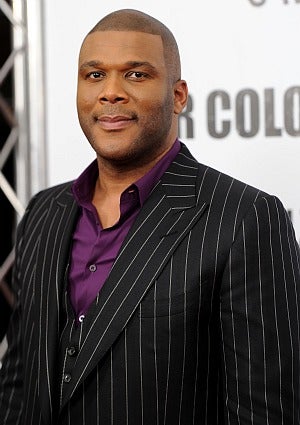 For a moment it looked like director Tyler Perry would be overlooked this awards season. Nearly all the major award nominations announced recently have made little mention of his much-talked about movie, “For Colored Girls.” Until now.

The famed director-producer has been nominated for a whooping 19 NAACP Image Awards. Among the nods for Perry are Best Director for “For Colored Girls” and Best Screenplay for “Why Did I Get Married Too?” Actors in Perry’s films and sitcoms are also being recognized for their work.

“For Colored Girls” co-stars Anika Noni Rose, Kimberly Elise, Phylicia Rashad and Whoopi Goldberg have been nominated for Best Supporting Actress while Janet Jackson and Jill Scott are up for the same category for their work in Perry’s “Why Did I Get Married Too?” The director’s television sitcoms “Meet the Browns” and “House of Payne” are also up for best comedy series.

On the music front, Sade leads the nominations with four nominations while Rihanna, Alicia Keys, Beyonce and Willow Smith have also been acknowledged. Sade is up for Outstanding Female Artist, Outstanding Song and Music Video and Outstanding Album for her latest album “Soldier of Love.”

Kudos to the NAACP for recognizing these talented artists.