President Donald Trump has a quite a few Black supporters, the most visible of them being political aid Omarosa Manigault, who was booed earlier this year at the National Action Network Conference.

But, another highly visible Trump supporter is a man called “Michael the Black Man.” You may have seen him, or at least noticed his sign “Blacks for Trump,” at various rallies, standing out in a sea of wrinkly racists who look like curdled milk.

His real name is Maurice Woodside, according to a recent article from The Washington Post, and he has a pretty insane history. Here’s what we know about the man, who resurfaced at a bizarre campaign rally for Trump in Phoenix this week, and why he’s going so hard for a white nationalist apologist.

Woodside allegedly joined a cult in the 1980s, which made news when things turned violent. Woodside, along with the cult’s leader, Hulon Mitchell Jr., also known as Yahweh Ben Yahweh, and 14 other cult members were charged with racketeering and conspiracy in 14 murders and a firebombing in the 1990s. It was also revealed that Woodside allegedly stabbed a man in the eye with a sharpened stick.

His Views On Obama

In 2008, he protested a Barack Obama rally, shouting, “Barack go home!” and waving signs that accused Obama of endorsing the KKK. Today, Woodside is team Trump, joining a political party primarily made up of White supremacists. We don’t know whose man this is, but he really seems lost in the sauce.

His Presence At Trump Rallies

Tuesday wasn’t the first time we saw Woodside at a Trump rally. Here is on election night at Fox News in New York City, celebrating Trump. 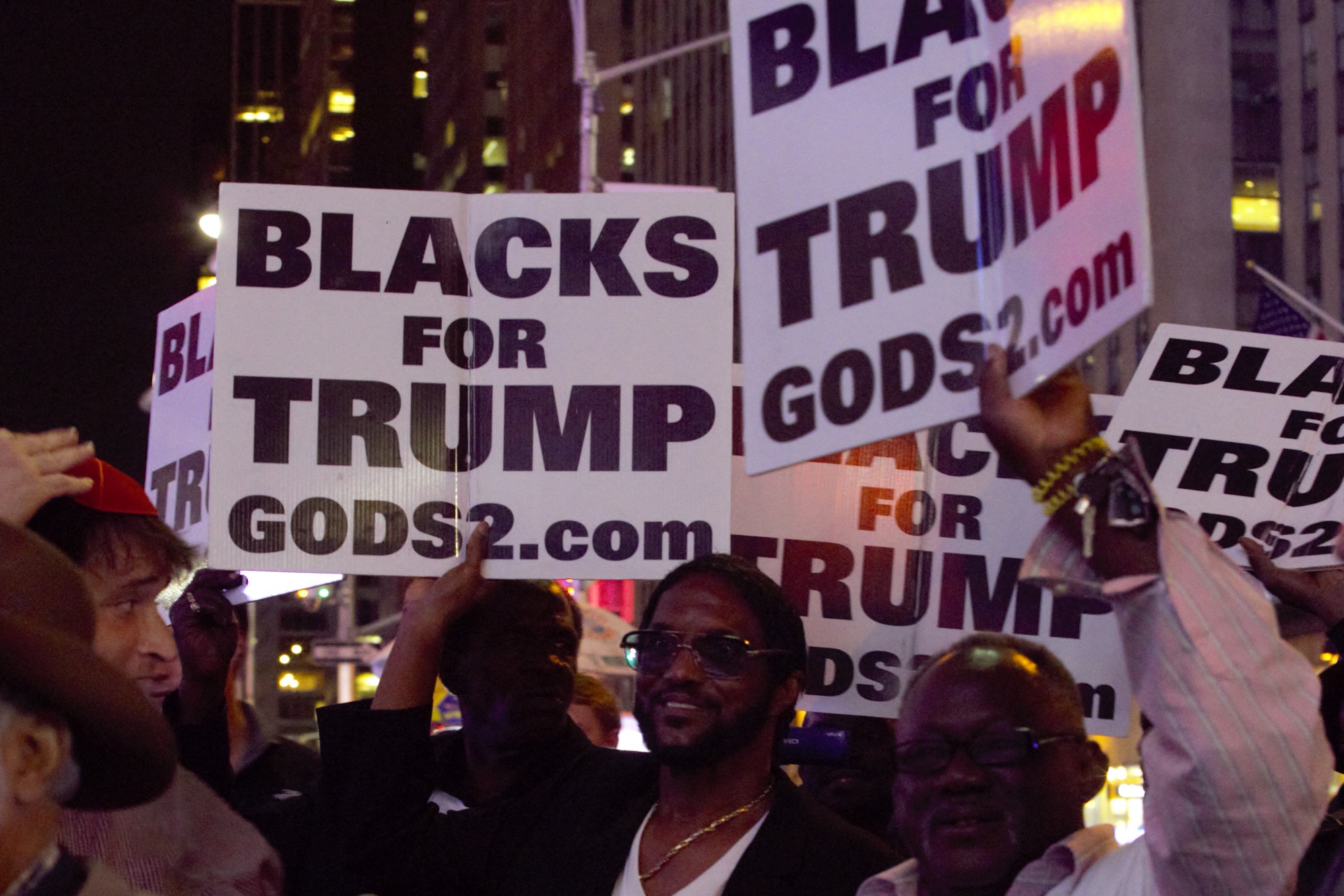 And here he is again at some rally in Florida:

In fact, a quick search on the internet will place Woodside and his weird signs at multiple campaign rallies for Trump, and even some protests. As for how he got a front row seat at Tuesday’s rally, Woodside reportedly told a Chicago radio station that he was the sixth person in line and put himself behind the president, not the president’s people.

“They have seen me a lot of times,” Woodside said, according to the Post. “So when I went in, I just walked up there.”

Woodside runs a GeoCities-style site, Gods2.com, with a landing page that reads, “Latin, Black, and White must unite!” And, if you click through, the site leads to another — honestfact.com — that has no facts whatsoever.

And just to give you an idea of how crazy his conspiracies are, here’s one that claims Cherokee Indians were the “real slave masters.”

At this point, in the year of our Lord 2017, with Trump somehow in charge of the country and its nuclear codes, nothing really surprises us. But Michael The Black man might take the cake.