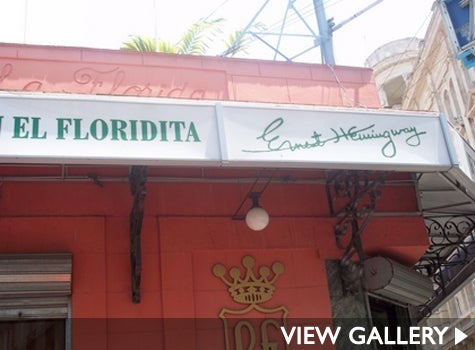 Havana is among the fastest-growing travel destinations for African-Americans for reasons greater than its world-renowned cigars and rum. Located just 220 miles from Miami, it — like most other Caribbean islands — is a place where many of the people look like us: roughly 34 percent of Cubans identify themselves as Black or “mulatto,” referencing their slave ancestry. Much of the country’s rich Afro-Cuban culture takes its cues from the residents’ Sub-Saharan roots, deeply influencing Havana’s colorful and expressive art, literature, religion, music and dance scenes. On any given night, there is no shortage of Rumba clubs in which to work up a sweat, or lounges where you can take in a local Salsa band, recalling the days of the famous Buena Vista Social Club. During the day, take a stroll through Old Havana, where Pulitzer Prize-winning author Ernest Hemingway spent some of his time. Grab a Mojito made with Havana Club “ron” (rum) at the restaurant “The Floridita,” which boasts a bronze statue of the writer sitting at the bar. Or stroll the Malecon, the city’s famous seafront walk, which stretches almost the length of the Havana. There’s no better place to watch the country’s pre-revolutionary fleet of American vintage cars roll past — 1956 Chevy Bel Airs restored to near perfect condition. You won’t need to break the bank for accommodations in Havana, particularly if you want the “authentic “Cuban experience. For about $25 per night, you can stay in one of the city’s many “Casa Particulares,” the Cuban phrase for “bed and breakfast” inside a private home. It’s a good way to practice your Spanish and you may even get a home-cooked meal out of the deal. A typical Cuban dinner often consists of baked chicken or pork, fried plantains, freshly sliced avocado and Arroz congri (rice and beans). But if luxurious living is more your thing, the city has a surprising number of four-to-five star hotels located near the state capital. Plus, perhaps anticipating an influx of Americans, the Cuban government recently announced plans to open nine new hotels this year, which would add about 50,000 rooms to the island. But by all means, once you’re in Cuba, don’t limit yourself to just Havana. Some of the island’s most pristine beaches lie just outside of the city limits — a mere fifteen-minute ride by bus. Another attraction two hours west of the city is the lush province of Pinar Del Rio, home of the island’s most famous tobacco plantation and, of course, its premium hand-rolled cigars. Clearing U.S. customs with the Cohibas may prove difficult on your way back home (along with the rum) but you can certainly enjoy them while you’re there.
Loading the player...