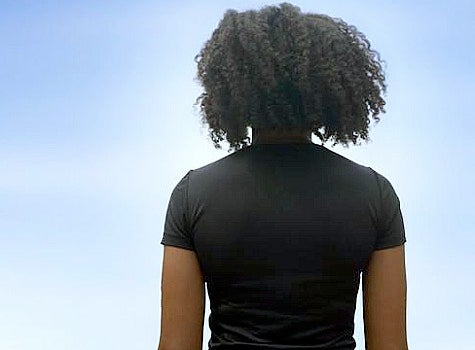 Many of us watched the recent Oprah Winfrey interview with Mo’Nique’s older brother, Gerald Imes. He was not there to talk about the joys of having an Oscar Award winning sister.  Instead, he admitted publically for the first time that he had molested Mo’Nique for several years beginning when she was 7 or 8. He also shared that he, too, was a victim of sexual abuse and used drugs at a very young age. Later, he was arrested and sent to prison after being convicted of abusing another child. Imes apologized to his sister stating “I’m sorry that it happened to you, and that I was the perpetrator, the one that did it to you. However, I understand your pain. I, too, was there. Now let’s share this together and move on. Let’s help someone else.” But who decides when it’s time to “move on?” Surely, the only person that is capable of making this decision is the person that was abused. This sentiment, however, that people need to “let it go” is very prevalent and emotionally harmful to those that suffered the abuse. It is particularly detrimental when the people expecting you to “let it go” are your parents or loved ones. Mo’Nique’s personal story has garnered a lot of press because of her celebrity. However, her story is a very common one. In fact, one in four girls report being sexually molested before the age of eighteen, and one in six boys report the same. Therefore, the reality is that at least 25% of you who are reading this article have been sexually abused. Another reality is that only a small percentage of you disclosed this to your parents. So, why don’t children tell? One would think that they would run, yell and scream to their parents if someone had touched them inappropriately. However, this is generally not the case. Here’s why… Victimized children often won’t tell because they are afraid that they will not be believed, or feel guilty that they may have, in some way, been responsible for the abuse. In addition, most pedophiles are known to their victims, and are very slick and manipulative in their approach. They “groom” the child into thinking that they are trustworthy, and gradually involve children in inappropriate acts. So, what can you do as a parent? Be attuned to any changes in your child’s behavior because this will tell you a lot! Young children will often regress by wetting the bed, sucking their fingers, or not eating. Elementary school age kids often demonstrate excessive fear of certain people, masturbate excessively, have nightmares, or will withdraw from people. In the teen years, kids may become promiscuous, experiment with drugs, be depressed, and may also have suicidal thoughts. You should be concerned if you see any of these behaviors, and begin asking questions.   More than anything…if your son or daughter tells you that they have been abused, believe them! It is extremely rare for a child to lie about this. Keep in mind that the way that you react to this will help determine how your child will heal. Tell them that you are proud that they had the courage to tell you, and that it was not their fault. They really do need to hear this! In addition, make sure that they receive counseling to address their trauma because it will have lifelong ramifications if not treated. If you were abused, and are finding it difficult to find inner peace… just remember that you do not have to let your trauma define who you are. Despite what happened to you, it is possible to live and love without pain.  Your healing process may be difficult, but happiness is attainable. Related stories: