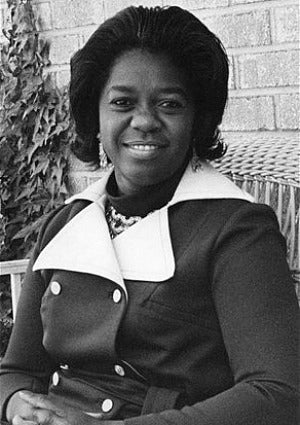 In life the achievements of Juanita Goggins went unknown by most, except those ardent students of the civil rights movement. And in death her body went unnoticed for nearly two weeks by neighbors, family and friends. And yet the petite South Carolinian was a quiet hero of the civil rights movement who later became the first Black woman to serve on both the US civil rights commission and the South Carolina legislature. Goggins, the daughter of former sharecroppers, was also instrumental in getting a law passed that is the foundation of South Carolina’s educational funding, helping to reduce class sizes Not even her landlord knew who Goggins was and had to read about her achievements in an obituary. Neighbors told the Associated Press the 75-year-old was a recluse who never let anyone inside her home. “She needed someone to assist her, but anyone who tried to get close, she’d block them off,” said Linda Marshall. Goggins had part of a highway named after her last year and was twice invited to the White House by President Jimmy Carter. She died of hypothermia after a snow storm last month because the electricity had been cut off from her home because she hadn’t paid the bill despite police later finding hundreds of dollars inside her home. “I want her to be remembered as a positive role model, not only for African American girls, but also any young girl who has a want and a desire to make a change and do something positive,” said her son Horace. Read More: