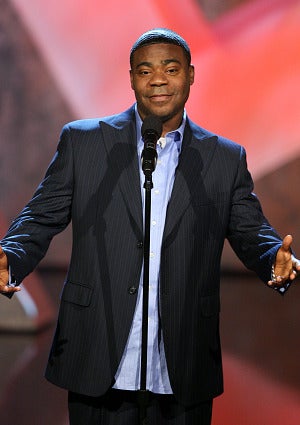 ’30 Rock’ star Tracy Morgan’s mouth has gotten him in trouble with fans. Audience members walked out of his recent stand-up performance at NYC’s Carnegie Hall when the potty-mouthed comedian’s content got a little too provocative.
Fan’s of prime-time show ’30 Rock’ were expecting the type of humor that Morgan’s character Tracy Jordan dishes out on the hit comedy series. The crowd was shocked to hear jokes about the Obama’s creating “the first presidential sex tape out,” according to the New York Daily News.