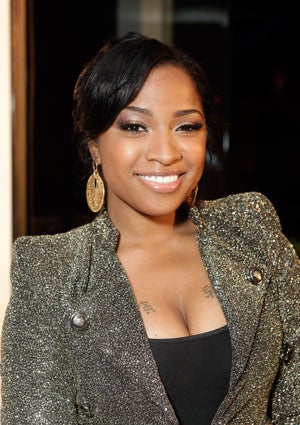 Antonia “Toya” Carter spent most of her life looking for love. And it’s pretty understandable why. Her parents chose their drug habit over raising her, shuffling her from relative-to-relative throughout her childhood. Some family members resented having to raise her and were more disgusted when she became pregnant at 14 with her daughter, Reginae, with ex-husband and Grammy-winning rapper Lil Wayne. Carter, 27, shares the highs and lows of her life in her new book, “Priceless Inspirations,” due out on Friday.

Carter spoke with ESSENCE.com about her new reality show, her book and the importance of forgiveness and self-love.

ESSENCE.com: What inspired you to write “Priceless Inspirations”?
ANTONIA “TOYA” CARTER: Just my growth, really, and people asking me questions all of the time via Facebook and Twitter. I used to always keep a diary; that was my way to express myself. So I decided to turn my diary into a book.

ESSENCE.com: “Tiny & Toya” gave viewers a chance to see your family’s struggle with your mother Anita’s drug abuse. In your book, you share that your mother turned to drugs to escape the trauma of being raped. How’s she doing?
CARTER: She’s doing a whole lot better now. It’s still a process, dealing with that.

ESSENCE.com: You talk about the tough journey you endured as a teen mother. Why was it important to discuss this?
CARTER: Teen pregnancy is so big right now, especially in the U.S., and you see a lot of it with African-Americans. I’m not praising teen pregnancy. I just wanted to share my personal experience because some people think that having babies at a very young age is the thing to do. Everyone will not be blessed like I was blessed to have someone like Wayne or my Aunt Edwina who helped me with my daughter. So that’s why I decided to share it.

ESSENCE.com: On “Toya: A Family Affair,” you say you’re determined to keep your family together. What can we expect to see on the show?
CARTER: I’m trying to put a lot of things that we’ve been through behind us, and building a better future. Some of us can’t let go of the past to move on because we’re so busy holding on to what wasn’t right. I’m the one you see on the show that’s just trying to forget about that. All I can say is that it’s an emotional rollercoaster because this is the first time that me and family will be together for that long. I think a lot of people are going to be able to relate to it. You have my mother, Anita, my father, Walter, my siblings and of course, Reginae and fiancé Memphitz.

ESSENCE.com: Not to get in your personal business, but have you and Memphitz set a date set for the wedding?
CARTER: You will have to tune into “Toya: A Family Affair.”

Catch the premiere of “Toya: A Family Affair” on BET tonight at 10pm.