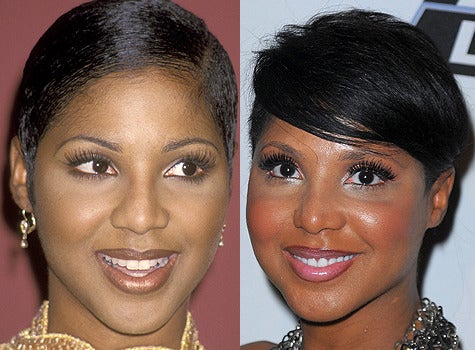 Back in ’93, Toni Braxton’s sweet pixie hairstyle was the cut that launched a zillion knockoffs (honestly, between Toni and Halle, short styles ruled the early ’90s). The look was so associated with Toni that, when she dropped her 1996 album “Secrets,” she introduced a whole new image–slimmed down body, sexed up wardrobe, and a head full of long, curly extensions. Fast forward fourteen years, and her original short look has made a comeback! At this weekend’s Pre-Grammy Awards Salute to Industry Icons gala, Toni flaunted a chic new crop with a sexy, swooping bang. We think she looks even younger and fresher now than she did when she first stepped on the scene. What do you think, girls?